If you are my Facebook friend, follow me on Instagram or follow my page http://facebook.com/str8kim then you probably already know that I’ll be running the NYC Half this weekend. This half, along with the NYC Marathon are the only 2 races that NYRR requires the actually runner to show up to pick up their bib (race number). Usually I’ll ask a buddy to pick up my bib since it is hard for me to get into the city on a weekday. My reasoning is because they want you to wander through the expo and buy things which I said I wouldn’t do but did anyway!
Anywho the expo was pretty amazing! 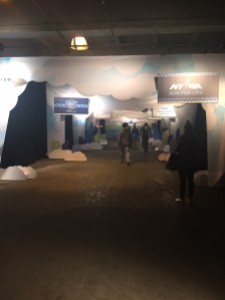 Walkway leading to the entrance

United Airlines is the official sponsor, so everything was airport themed.

The expo opened at 10am and I was there by 10:30 so bib pick up was a breeze.  Everything was marked and was easy to find, so it was an in and out process.

You can see it is super empty.  There were very few people there at this time, so I would suggest going early to avoid the crowds.  My number is in the high 20k’s so you can get an idea of how many people will be coming through the expo between now and Saturday.

After bib pick up you had to scan your bib to get into the area to pick up your race t-shirt and to purchase merchandise.  This was also a breeze.  Everything was labeled well and easy to find. 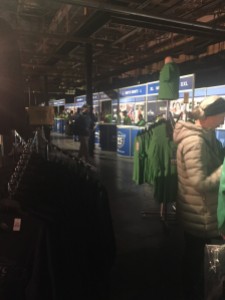 I was pretty impressed with the selection of merchandise being offered.  I only purchased a mug, because lets be honest, how many more running shirts, hats, etc. do I need…none!  But the mug was nice so I bought it for 12 bucks.

There were too may vendors there to count, but here are a few that I got pics of: 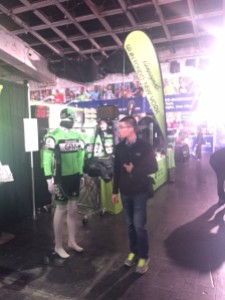 Gran Fondo New York – If your a cyclist you know who this is.

I just found out today that this is pronounced “noon” and not “nun” go figure!  I picked up some strawberry lemonade tabs, and got a cute water bottle, and some products from their new line as freebies. 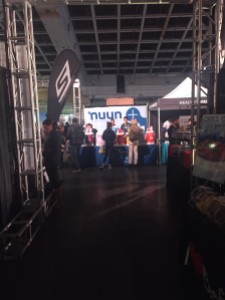 Not sure what company that is on the right!

I also took some green screen shots that NYRR is supposed to post while I am racing.  They came out cute, so we’ll see how that goes.  All in all a great expo, and I can’t wait to run through the streets of NYC on Sunday! 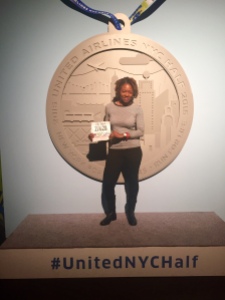